The Toyota Hilux Revo is ready for customers to own and deliver on some models. For those who do not care about the freshness and technology of the Toyota Hilux Revo, but want a car that is strong. The discount coupon is shredded in the Toyota Hilux Vigo Champ it is also available in showrooms nationwide. And in this occasion, maybe new to old. Probably not much difference. If you are a real car finder.

Exterior … Hilux Revo Triangles more If you like the rounded, you must give the Hilux Vigo Champ.

Since the official launch last week, many believe that many people will see the eyes of the new Toyota Hilux Revo pickup. With a new design that combines perfectly. The Toyota camp. Changed the design of the car to have more polygons. From the front end to the Toyota Hilux Revo to see the first design with the sporty pick up. From the new horizontal chrome grille to the projector headlights, daytime running lights, and the first 17-inch All Terrain (AT) tires come out of it. factory And importantly, the position of the intercooler moved to the front of the car was completed.

Toyota Hilux Vigo Champ. Design may be old for many years. Since the car was introduced in around 2004, but throughout the end of the year, the chassis rounded up beautifully become the track of a number of people. And the past has been adjusted several times until the Vigo Champ version of the Toyota Hilux Vigo, which compared to the first. It has a front grille, front end lights, side mirrors and a new design. 17-inch alloy wheels and large air intake on the hood are unique.

Toyota Hilux Revo. The length of the Vigo Champ 195 mm, the width of the original 20 mm, but the height is lower than the original 45 mm and the car weight is more than Hilux Vigo Champ 3.0 G to 210 kg.

The Revo is full, but the Vigo Champ is sitting comfortably back.

Just one Smart Entry key can be unlocked without having to knock the keys off again. When you sit in the passenger compartment of the Toyota Hilux Revo, see the dashboard reminded of a car belonging to Corolla Altis. Through the design of the dashboard is a bit like a bit. The center air box and the design of the installation of the DVD player in the seat cushion, the driver can adjust the height of the height with low power. The seat back, although the position of the cushion from the seat during the launch. I feel a bit behind. But with a large headrest with armrests, a glass of water and a rear air box. Help to make it comfortable to another level.

3-Axis Multi-Functional Steering Wheel (except Singe cab 4X2), blue fluorescence indicator with 4.2 inch display, easy start with push button Air conditioner Auto and if you want to charge your mobile or play a notebook on the go with the AC 220 V AC in the center console box. Personally, the machine removes the concept of a leading sedan. Adjust the screen to lose a little driver.

The Hilux Vigo Champ, although old, but familiar throughout the past ten years. Unfortunately, despite trying to modernize, the pickup truck still uses the keys with the remote.

When opening the door to sit in the cabin. Must accept that familiarity with the car. I’m very comfortable with the layout. The car is perfect. In a personal sense Maybe because of familiarity through the hands often. I’m quite familiar with the Toyota Hilux Vigo rather than the one like the concave curvature of the console design makes it easy to use. I will not be overwhelmed, but it is perfect.

In the Hilux Vigo Champ change the new player to use the system DVD player to clarify. The player is level with the driver’s eyes. But not reach. It may be in the driving. But in the sense that we have discovered that the black leather seat of the Toyota Vigo is quite fit to sit with only a small headrest. The need to adjust to a position that fits straight.

The back seat of Toyota Hilux Vigo no arm rest. But the posture does not change. This may be a problem if you have to sit in this car after a long trip.

When it comes to major changes in the Toyota Hilux Revo, many believe that many of us will notice that Toyota has changed the engine to a smaller size than the original. But at the same time, there is more driving courage. By the latest block engine, the GD code has reduced heat loss and friction inside the engine. It also provides a wider torque than the original.

It is common for a model to enter the market at the end of its life. Same with Toyota Hilux Vigo Champ now become a car model. Every dealer must have a campaign to clear the stock. Toyota Hilux Revo has been introduced to the success of the Vigo Champ, which has been selling for the first time in nearly 10 years and with the new look in the technology that Toyota is offering. To the eyes of Thai customers. Can you convince the customer.
Toyota Hilux Vigo Double Cab 4×2 3.0G AT
867,000 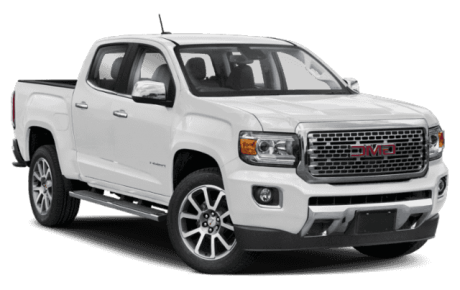 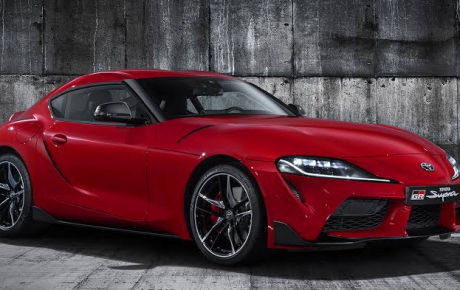 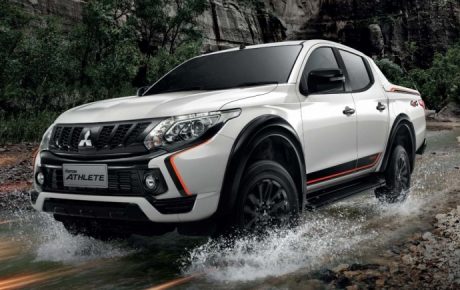