2020 Toyota Highlander Review
by the Edmunds Experts
Car shoppers have more choices than ever for a three-row midsize SUV. But don’t forget about one of the crossovers that started it all. The redesigned 2020 Toyota Highlander steps back into the mix with key changes that uphold its spot as a solid pick in the class.

The new Highlander is slightly longer than its predecessor, and that extra room increases the cargo space behind the third-row seat. Last year’s Highlander could only hold 13.8 cubic feet of gear behind the third row — one of the smallest cargo holds in the class. The extra room increases the 2020 Highlander’s carrying capacity to 16 cubes, which is more competitive though still far off from leaders in the segment.

On the inside, Toyota has noticeably improved the quality of the cabin materials. There is also a standard 8-inch touchscreen or a new 12.3-inch display on top-line Platinum trims. Perhaps even more important, both support Apple CarPlay and Android Auto integration this year. In the previous Highlander, you had to rely on Toyota’s underwhelming Entune system to fully connect your smartphone.

Mechanically, there’s not a whole lot that’s different. The biggest change is that the Highlander base trim is no longer stuck with an underpowered four-cylinder engine — the standard engine across the 2020 Highlander range is the same 295-horsepower V6 available in prior years. On the road, the Highlander rides smoothly on a variety of road surfaces, even in a trim with 20-inch wheels, and has no problem getting up to highway speed when loaded with passengers and cargo.

Our main concern is that the 2020 Toyota Highlander, while thoroughly competent, doesn’t raise the bar in any meaningful way. That leaves the door open for two newcomers, the Kia Telluride and Hyundai Palisade, to potentially woo you over with their bigger interiors and luxury-like designs. Honda’s Pilot and VW’s Atlas remain smart picks as well. Overall, we think the Highlander is worth considering, but you’ll definitely want to check out the competition.

Which Highlander does Edmunds recommend?
We’d opt to save some cash and choose the LE. After all, every Highlander now comes with a V6 engine, advanced safety equipment, and Apple CarPlay and Android Auto connectivity. The LE also adds a power liftgate, blind-spot monitoring, LED foglights, and a leather-trimmed steering wheel and shift knob. That’s a lot of value baked into an affordable three-row SUV, as long as you don’t mind cloth seats.
Toyota Highlander models
The 2020 Toyota Highlander is a three-row crossover with up to eight seats. There are five trim levels to choose from: L, LE, XLE, Limited and Platinum. All models are powered by a 3.5-liter V6 engine (295 hp, 263 lb-ft of torque) mated to an eight-speed automatic transmission. Front-wheel drive is standard and all-wheel drive is optional. There is also a Highlander Hybrid, which is reviewed separately

PLACERVILLE, CALIFORNIA
Pricing for a Toyota Tacoma TRD Pro 4X4 starts at $46,665 plus $1,120 for delivery from its San Antonio assembly plant. Photo by Larry Weitzman
Roadbeat
2020 Toyota Tacoma: What makes it a sales tour de force?
By Larry Weitzman
Toyota Tacomas are almost an institution — perhaps the best-selling, mid-size pickup ever. In 2018 Tacomas sold numbered some 245,659, an increase of 25 percent over 2017 sales, which was also a record year.

2019 sales are on pace to break the quarter million mark, making Tacoma one of the best-selling vehicles in the U.S., owning over 50 percent of the mid-size truck market. Tacoma has a stellar reputation for quality and reliability and is at the top of the mind of just about every mid-size truck buyer.

Tacomas are considered by many customers as bullet-proof, maybe even howitzer-proof. My tester was done in an enamel army green with flat black decals that made the vehicle look like it was ready to go to war. It had a $725 option called a desert air intake, which was a snorkel that sucked in air at the top of the cab. It looks a lot like an elephant’s trunk but wasn’t designed for deep water wading so don’t go fording any river that would exceed the exhaust height.

Toyota’s pickups were originally conceived as compact trucks but with the Tacoma they have grown into a true mid-size pickup now stretching out to 212 inches while riding on a 127-inch wheelbase with a double cab long-bed (74 inches) measuring 226 inches on a 141-inch wheelbase. The width is 75 inches. These numbers are now within inches of some full-size trucks. Tacomas are not small.

Styling is boxy, crisp and aggressive with strong fenders, a beefy front end and a deep 19-inch cargo bed. It looks like a tough truck and in my TRD Pro 4X4 with 16-inch alloys shod with 265/70 series off-road tires, “climbing” into the cabin was an accurate description of the method of ingress. This is not a small vehicle — it feels big.

Powering this third-generation Tacoma is Toyota’s 3.5L DOHC, 24-valve, direct-and port-injected with all the bells and whistles V-6 that belts out 278 hp at 6,000 rpm and 265 pounds of twist at 4,600 rpm. It transmits power via a six-speed automatic tranny and an electric two-speed center differential. The second-gen Tacoma used a 4.0L engine of 42 less hp and equal torque and didn’t benefit from the direct injection now used in the 3.5L V-6. The third-generation engine provides more performance and better fuel economy 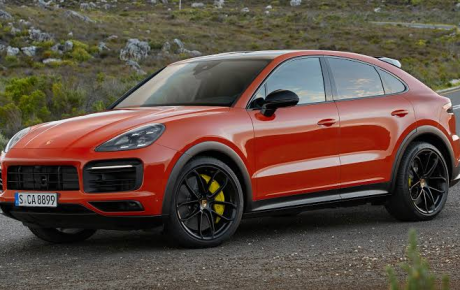 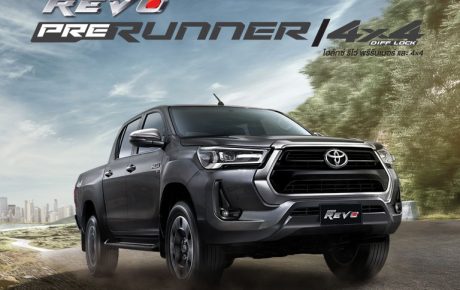