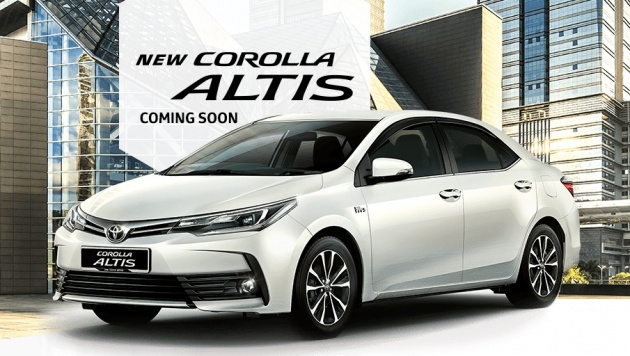 The all-new Toyota Altis 2017 is ready for you today, and now with many improvements and upgrades under the concept of Futuristic Prestige. For the 2017 lineup, Toyota has made the decision to discontinue the 1.8 G model, and instead welcome the fresh ESPORT OPTION as a new addition to the family. Thus altogether, you have the choice to choose from 7 different model options, with the 1.6 J being the only one that is driven by a manual transmission.

The exterior changes for the Toyota Altis 2017 includes a new sharp and modern body design, remarkable Light Guiding LED tail lights for better night vision, new front fog lights, and also Bi-Beam LED Projector headlights that has an automatic function to turn on and off by itself accordingly to the driving environment. Of course, this also means that it will have an LED daytime light as well.

Moving on to the interior, the front console has be redesigned to have white stitching seams and make it look more classy. There is also electrically adjustable front seats, a 7 inch touch-screen infotainment system that comes with a navigation program, up to 3 USB ports, a circular air vent to mimic sport cars, and an Optitron Meter with illumination control.